Park Hyung Suk, overweight and unattractive, is bullied and abused on a daily basis. But a miracle is about to happen. Original Webtoon http://comic.naver.com/webtoon/list.nhn?titleId=641253 Read more


He's rich, he's smart, girls gather around him all the time, and he has always gotten first place on his exams... well, until Kujou transferred in his primary school class. She was quiet, plain, and poor, yet not once has she failed at beating Yanagi, both in academics and sports! Yanagi has made it his life goal to defeat this girl Kujou, and ten years later, as they enter high school, he just might finally win! This is the story of their last game. Read more


Ordinary high school student Lu Qing Yu and the elegant university teaching assistant, Cheng Jing. Their encounters was definitely not by chance or just a coincidence. Due to their previous generation's old grudges and grievances had made them unable to live tranquilly and peacefully. He, who took great pains and had ransacked his brain over trying to make the star fall from the sky, but was enthralled and mesmerized by the star instead; The other him who was ignorant, trusted him wholeheartedly and faithfully, staying completely oblivious to the fact that this was all just a trap meticulously and carefully... Read more


One day, on a whim, 20-year-old Minato dresses up in her friend's cute high school uniform and goes out briefly into the city. To her horror, she ends up running into her stepbrother, Tooru, who is actually only months younger than her. Since he's cute, and a notorious player, Minato has had to deal with constant jealousy and suspicion from other girls all through their school days. Amazingly, she manages to convince Tooru that she's actually someone who just happens to look a lot like his sister. He is so convinced that he starts trying to date her and, for various... Read more


A boy named Park BongPal has psychic abilities to see, talk, and get this TOUCH ghosts. Read more


In this village, death inevitably takes you as soon as you reach the age of fifty... Read more


Uranohoshi Girls' High School, a private school in the seaside neighborhood of Uchiura at Numazu city, Shizuoka prefecture. A small high school in a corner of Suruga Bay, it is home to nine teens, led by second-year student Takami Chika, driven by one seriously big dream: To become the next generation of bright, sparkling school idols. Read more


After finding out that my boyfriend was cheating on me with my little sister, I announced our break-up in a fit of rage. But never could I have imagined that the two of them would commit double suicide. Even the police believes that this was just an accident… But I felt that things weren’t that simple. Since my university days, anyone who had a conflict with me would all perish in unnatural deaths… Read more


The Sound of the alarm triggering the lockdown is the last thing Sam can remember. Sam wakes up in the middle of his classroom to discover everyone around him is dead. With no memories of how he got there, Sam tries to figure at what could have happened, but Sam doesn't just have to worry about what killed his classmates, because even the survivors are after his blood. Read more


Living together with a retired celebrity? Read more

Lord Of The Mysteries


With the rising tide of steam power and machinery, who can come close to being a Beyonder? Shrouded in the fog of history and darkness, who or what is the lurking evil that murmurs into our ears? Read more


Ryu-Yeon lost his father to a disease when he was only 10 years old. With the skill he learned from his father, he could carve wood into wonderfully intricate sculptures. One day, after completing the sculptures of his parents, Ryu-Yeon was greeted by an elderly man who was impressed by his sculptures. The old man saw promise in Ryu-Yeon and asked him if he would like to become his disciple. As Ryu-Yeon had nowhere to go and wanted to make the most of his life, he accepted the old man's offer. Read more


On that night, she lost her purity as an innocent woman and turned into the most desolate being in the cold palace. What she asks for is only a simple, normal life, but she is instead forced to fight to survive in the imperial palace, which is filled with intrigue, tricks between concubines, and competition for power and status… Is this the beginning of a love story or a tragedy which began the day they met? Read more

Love Between You And Me


Zu Sheng Xia, a rebellious, wild and intractable troublemaker who fights a lot at school. Leng Ye Chen, the third master of Leng Family. He looks cold and serious on the outside, but deep inside he’s a flirty and scheming fox. The first time they met, Sheng Xia fell for him, but he’s her third uncle?! No worries! She is smarter than that! Come and see her how to take down the cold, elegant and scheming general step by step. Read more


For as long as Olga can remember, she’s dreamed of setting sail and chasing down the hidden treasure that her father always told her about. But after her father and older brother go missing at sea, that dream seems like it too will be lost forever. That is, until pirates charge into her quiet English village, turning everything upside down! Now with a rag-tag team of sailors, can Olga finally unravel the mysteries of her family’s disappearance and discover the treasure she always dreamed of? Originally uploaded on bato.to Read more


You must have seen too many beautiful sexy and lovely streamer girls, but I bet you never see a streamer boy in girl’s clothes! Three men can make a drama! Now check out how a true boy becomes a new hot streamer girl! Read more


Lamia Orphe is to become the future successor of the Orphe dukedom but at 22 years of age, she suddenly decides to give up her own title. On the other hand, the 2nd Prince, Aquila Theodore Benzer, has powers that transcend beyond that of a normal human. Notorious for being cruel and merciless as the son of the “desert witch,” he competes against his brother, the 1st Prince Ethan Tayler Benzer, to succeed the throne. What lies in store for Aquila and Lamia? How are their fates intertwined with the legendary dragon? Read more 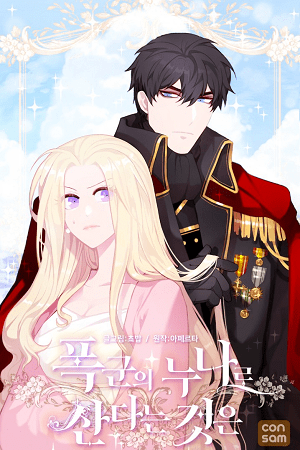 Living As The Tyrant's Older Sister


When I opened my eyes, I was inside a fantasy novel world!<br>The beauty I see in front of the mirror is the future tyrant's older sister, Alicia!<br>She's not even a protagonist or an antagonist, but a character that doesn't appear much and gets beheaded by the (upcoming) tyrant little brother.<br><br>My life is all about escaping that fate from the novel.<br>In the end, I seduced the male lead's merchant friend who also doesn't appear much and was about to leave the country with him.<br><br>How-e-ver.<br>The face of the man who spent the night with me was extraordinary.<br><br>"I-I'm pretty sure the name I... Read more


This should be the happiest moment of my life. In my wedding gown, waiting for my groom…didn’t even realize I lost conscious Until I woke up…after giving birth to a child? Where is my child and who is the father? Years after the fact, will I be able to find out what happened that day? MangaToon got authorization from MiFenPink to publish this manga, the content is the author’s own point of view, and does not represent the stand of MangaToon. Read more

Let’S Love Each Other, Female Assassin!


From Which Scanlations: Shiharu is a high school student who loves kids, lives in an orphanage, and works at a daycare... Until the handsome uncle of two-year-old twins offers her a raise if she'll be their babysitter. Often relying on memories of her mother's actions for guidance, Shiharu quickly finds herself falling in love with her new makeshift family. Read more


The Fujisaki Girls Academy is known for their school body being composed of very proper students. The most prominent one of them is Maki, the student president who is admired by her classmates for her calm and polite demeanor. On the other hand, Kurahashi Riko is also admired but for having a very forward and boyish personality. Riko accidentally walks into Maki while she's practicing kissing with a pillow and learns that she isn’t what everyone thinks she is. Riko is forced into keeping Maki’s secret and join her in practicing all aspects of romance like holding hands and more Read more


This is a game traveling story of a man and his perfect best friend. Will this be a relationship of subjugation or will they turn into complete adversaries? When your best friend becomes your opponent, and the line between the real and virtual worlds becomes blur, how should we face the truth then? Read more


This is a Chinese Comedy Webtoon... Read more


When you’re dating a guy, the first thing you need to look at is his family’s material possessions. He has to be rich! Dating without money is like being in a desert without an oasis or having a mochi without the red bISBN filling. He must also be smart–class and etiquette are absolute must-haves. These are traits that will get handed down to your children, so be sure to read through his past report cards if you want this to be a successful long-term relationship! Se-Lim Lee knew exactly what she wanted out of life and how to get it...until a... Read more

Let's Have a Baby Dragon


Yamada is stranded on an island without any ships passing by who isn't sure why he's there because he can't really recall, so after finding his sports bag, he assumes he was on a school trip. With only 7 days of food, he eventually decides to make a boat to leave the island. He thought he was alone on the island until a girl named Imaise Chika was found eating his food, where they then decide to continue making a boat. Since the boat only had room for one, Yamada decided to set off for help, but returned upon noticing... Read more


The Soaring Dragon Continent is a world of summons, you can only become strong if you become a summoner! Yue Yang, an average high school boy, was suddenly transported into this world. When he woke up, he was greeted with a lot of worried faces and found out that he had assumed another person’s identity. Turns out he’s the good-for-nothing third son of the Yue Family, who had just recently drowned himself because of a failed engagement. Unlike the third son of the Yue Family who was useless in summoning, Yue Yang succeeded in making a contract with a summoning... Read more

Let's Take the Train Together, Shall We?


When your mundane routine of taking the train to work suddenly turns both interesting and troubling (?!) after meeting a certain someone. Raws: http://www.comico.com.tw/articleList.nhn?titleNo=636 Read more


At 02:00 am every day mysteriously he finds himself forced to be in a RPG World. Fighting, Gaining skills and making friends is part of the fun. That's not all he can use all of that in real life. But don't forget the situations where he has to put his life on line to survive the situation. Could he survive to the end .....? Read more